A downloadable game for Windows, macOS, and Linux

The school festival is just around the corner.

Time to schedule your life, make friends, have fun and enjoy your youth

because this is where everything will start...

To unlock him, clear Ending A for the three main characters and start a new game. Help with the festival during the week, on Sunday follow the star on the map. Play again after getting his own Ending A for the other endings.

Follow the same requirements as Amano. At the first event choose "Go help out". Keep helping with the festival until an event will trigger.

Choose a specific location during every turn. For those activities not aviable on Sunday, you are free to pick between staying Home or helping with the Festival.

The title screen changes with the endings you get. The following are two more unlocks:

Unlocking everything in the title screen will unlock the empty and full pictures in the gallery.

Unlocking all CGs will unlock a new picture in the gallery.

Unlocking all the scenes will open the ABABO Afterword. 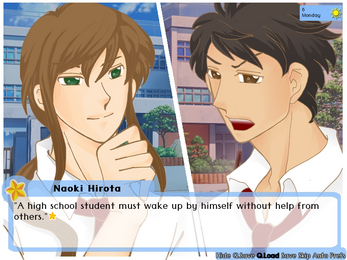 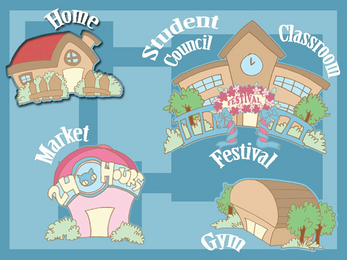 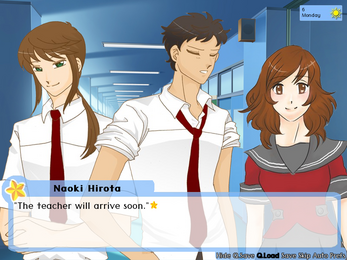 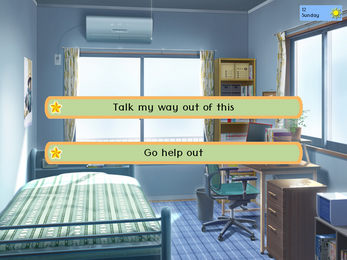